Our approach is modular and allows a step-by-step progress in easily digestible portions, so that results can be achieved and implemented quickly. We choose the optimal starting point depending on the maturity level of the customer and thus achieve results that have a real impact on business success.

Essentially, the Riwers Journey consists of three layers, each with three individual stages, which always deal with one topic area.

In the following we will highlight the contents and aspects of the Riwers Journey and what we offer our customers in order to exploit the full software potential.

In the first Vision layer, the customer sees his own show case and receives a personal roadmap in the form of the Digital Journey Compass.

In it, he learns about his position and becomes aware of urgent and important issues in his own situation and is shown where he needs to take action.

At the same time, Riwers shows which options and solutions are available and how they can be tailored and implemented in a way that makes sense for the customer.

For correct action to be possible at all, it must first be clear which position the company holds. Usually there is a supposition or there are individual indications or sometimes even facts which point to a situation or a problem.

In order for this to be usable, it means that one must deal with one’s situation properly in order to obtain an assessment that is as objective and realistic as possible. This requires conversations and interviews with the people involved and insight into relevant documentation in order to gather facts and ways of thinking. With these insights, the position can be structured, prioritized and evaluated in such a way that a clear picture of the “Pains” becomes visible. These can be very complex, e.g. reflect market pressures, reveal deficits in the organization or bring out problems in the procurement of resources.

The possibilities of software development are very broad and wide-ranging and can include organizational, technological or product-specific aspects. The topic “software” is by far not established in all enterprises or is dealt often only marginally with; it is thus unknown. Therefore it is important to point out and explain existing possibilities, so that it becomes known which solution possibilities are available at all. This opens up the fields of action to the customer and gives him a first insight into the potential of software in his organization.

Now the position is visible and the options are known. For the customer, however, it is not yet clear what he should do with his Pains and which options will help him to develop his potential.

The Riwers Customer Journey now allows the mapping of suitable steps and measures so that the Pains can be addressed and eliminated. It shows concretely what the company can achieve out of its situation.

This so-called show case consists of a high-level roadmap which includes, for example, a project proposal, a rough process, an initial setup with a possible organization and first milestones. The show case thus sets a clear trigger to start a goal-oriented implementation.

The second layer focus forms the basis for the successful execution of software projects. We also speak here of the foundation. The findings from the vision serve as an entry point so that the scope can be defined and prioritized with the right projects.

The next step of collaboration determines the setup and processes of the software organization and defines the collaboration of the people who want to achieve the scope goals together.

Once the setup is clarified, the goals and contents are specified in a final step. On the one hand, this includes the project content itself with the planning and the creation of the backlog. On the other hand, it is also about regulating and establishing organizational aspects for the project execution.

Based on the results from the vision, it is clear what a roadmap can look like and which options can be used to achieve which goals. The range of possible projects or measures is broad and open, the goal is not yet defined.

With the findings from the show case and the mapping of known solution options to the now visible pains, the urgency and impact on business development can be derived. In the scoping phase, a decision is to be made as to what the roadmap should look like so that it can be worked out in detail in the next steps and enriched with content. The result is a clear focus on a favored project or several measures that are defined and at the same time it excludes other measures and projects or puts them on hold for the time being.

With the statement of intent from scoping with clear project goals, the setup with project planning becomes possible. This early project phase is crucial for success, because most projects fail for reasons that are not sufficiently considered and taken into account at the start of the project.

When Riwers and the customer work together, the organization is asynchronous at the beginning, i.e. there are differences in the understanding of the scope and content, in the understanding of roles, organization, processes, management, technical aspects, tooling or communication to name a few important ones. So, in order to make success at all possible, the two organizations have to be synchronized and rules of the game for collaboration have to be established. With this coordination, a self-image is achieved with which the project implementation is made possible by an comprehensive team.

It is important that all relevant topics of the setup are consistently worked through, even if they are considered obsolete later on. Thus, one consciously deals with all potential sources of error and becomes capable of acting in case a problem should materialize during the course of the project.

Once the idea has been clarified in the scope and the setup has been defined, the essential thing is still missing: the project content. Or concretely the functionality of the application or the product and thus the requirements or specification which are finally documented in a backlog and made feasible.

Even in an agile approach, a certain depth of solution definition is necessary. There is no need for a classic specification (even if that always helps), but a documentation of the application and the listed functions is central. From this, Riwers creates an estimate and the project can be adjusted based on it and planning can be finalized with dates, milestones and effort.

And of course, based on the estimate and functionality, the initial backlog can now be created so that the development team can start implementation. Joint prioritization and consideration of impediments and risks are particularly important here, as this has a significant impact on the tactical solution and rollout planning.

The third layer Project contains the actual execution of the software development. Here again, the basis is the previous layer, i.e. the focus with the project setup. The project execution is thus a structured setup which is tailored to the individual situation of the customer.

In an agile and goal-oriented approach, output is generated quickly so that an MVP of the software can be provided as a first step. With this approach, all preliminary work can be validated at the same time, so that the setup can be adapted and optimized early on where necessary.

The next step takes the software from the MVP to the fully developed application with all the desired functionality. The customer thus receives the software he needs and can derive maximum benefit from it.

The last step of the evolution transfers the project setup into a standing organization, in which the software is continuously developed, extended and improved. This is done in a maximally efficient and effective way, since the established software development has been proven and practiced beforehand in the project.

After the focus phase, the collaboration or a project is completely defined and set up. This means that in theory everything is well prepared and clarified, but the sense of achievement from practical implementation is still missing.

The first step of software development is the MVP, the minimum “survivable” product. Typically, the project starts with a Sprint 0 in which primarily technical foundations of the development and architecture are laid in order to then implement the actual functionality. The MVP includes the first core functionalities which are planned during the definition, so that the application offers added value early on and can go into production.

This important step is also the practical demonstration of the restructured software development between the customer and Riwers. This is also an excellent time for a retrospective of the collaboration, after which optimizations can be made for further development.

With the achievement of the MVP and the proof of functioning collaboration, nothing stands in the way of the project execution. The application shall now be fully developed and be ready for production deployment. This means that the focus changes from the limited functionality of the MVP to the full unfolding of the software’s potential.

At best, nothing changes in the mode of collaboration compared to MVP development. Most of the time, however, optimizations are made so that the team can perform even better and the collaboration is even more direct and better. Very often, priorities are changed due to new insights or urgencies, which can have an impact on the project schedule with deadlines and efforts. However, in a functioning setup this is completely normal and is handled on a daily basis with an established change management.

At the end of the solution development, the entire application with maximum functionality is successfully transferred to the purpose in production. For example, a digitalization of internal processes, a product in the form of a web application or a mobile app or backend application within a system.

When the project is completed, the customer is faced with the question of how to continue with the application. At the same time, this opens up exciting opportunities.

The situation is usually that the application has been introduced productively, but is only at the start of its life cycle. Changes and enhancements are therefore implemented, which, depending on the characteristics and dimensions of the application, can be manageable in some cases or in other cases can also be complex in the long term. In any case, with the successful project implementation and the well-rehearsed cooperation, important assets are available to the customer which can generate an enormous business benefit.

The experience gained can be applied to the application in isolation, thus switching to the mode of continuous further development. We are talking about an extended workbench in which individual developers or mostly teams exclusively take care of the lifecycle of the application. Of course everything in the established setup and with the proven staff. This almost always includes the actual software maintenance and bug fixing and can be expanded as needed with additional topics and roles such as DevOps.

It is not uncommon for the customer to recognize the value of the overall project deliverable and the resulting Blueprint for effective and efficient software development and organization. This means that this blueprint can be extended to other applications and products. Thus, software development in the company can be optimized and scaled without major risks.

For SMEs, the complete or partial delegation of the topic “software” can lead to a considerable relief of the organization and open up free space and resources for other activities in the core business.

In large companies, the same applies in principle, but often affects individual departments or profit centers that benefit from this setup. Experience shows that even there, further scaling into the entire company in the sense of simplification and standardization can be considered and implemented. 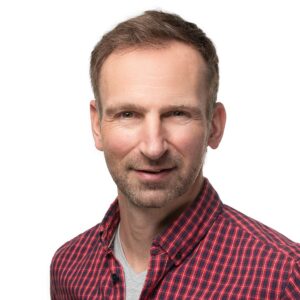 looks forward to explaining and introducing you to the benefits with Riwers.